In June 2017, CBAG applied for funding from Paths for All, to improve the path between North End and the Creel Inn.

As Catterline is a historic village, it was very important to ensure that the visual impact of the proposed solution is minimal. As such, the proposed plan was to utilise a small digger to remove the top layer from the existing path and level the surface, distribute some top soil and lay turf on top. Finally, we would secure a grass protection mesh over the newly laid turf. The grass will grow through the mesh, minimising visual impact, and the mesh will protect the grass from the pedestrian traffic throughout the year.

Towards the end of July, it was confirmed that our application had been successful, so preparations began immediately, in order to give the turf the best possible chance of establishing itself before the winter.

Following various calls for volunteers, the path improvement work was scheduled and completed, as planned, between Wednesday 23rd August and Saturday 26th August. A big thank you to everybody who contributed and to Paths for All for funding this project.

Please have a look at the various photographs in our gallery. 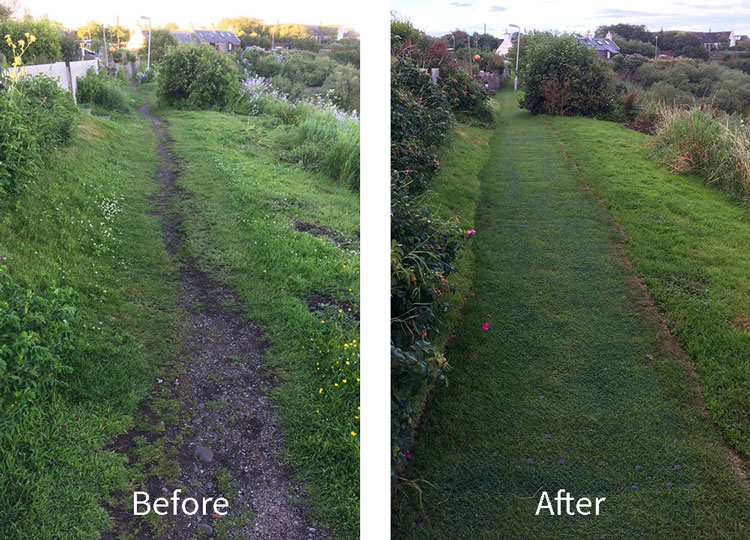